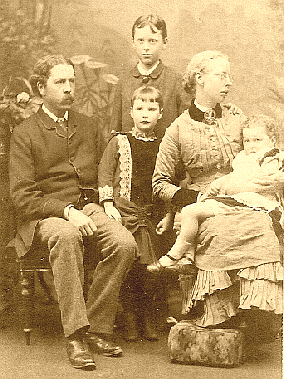 Henry Robinson (b 1842) lived in Brandon until at least 1861 but by 1871 he was farming 150 acres in Hough on the Hill (another branch of the family already lived here) and his sister Mary was with him.  After his marriage to Isabella Elizabeth Emma Smith in Jan 1872 in Kilmacolm, Renfrewshire they moved to Cambridgeshire.   Elizabeth had been born Dec 1842 in Middlesex.

In 1881 they were living in Hardwicke St, Newnham Croft, Grantchester, just outside Cambridge, where he was an assistant professor of chemistry.  This picture of Henry and his family was taken in Scotland in 1883.

In 1891 they were in Chesterton (the other side of Cambridge) and he was a chemistry lecturer.  Henry died in Cambridgeshire in 1894 but was buried in Hough.  Later that year Isabella and the children emigrated to Canada. In 1901 she was in Knee Hill, Alberta. In 1906 she was in Calgary (with William and Anne).

Henry and Isabella had the following children:

• William Alexander Robinson was born 24 Jun 1873 in Hough On The Hill.

• Euphemia May Robinson was born May 1877 in Kilmalcolm, Renfrewshire.

• Anne Carr Robinson was born in 1880 in Grantchester, Cambs.

• Olive Beatie died in infancy at Hough Grange in 1886

Elizabeth Robinson (b. 1843) did not marry but stayed as a housekeeper with her parents at Brandon Old Hall.  After her father's death  in 1886 she continued to live at the Old Hall with her brother William, until her death in 1899.

John Charles Robinson (b.1844) was living with his father at Brandon Old Hall up to 1871. During the 1870s he married Annie Cooper and they had 2 children, Frances and Annie (we can't find any records of the marriage or children, but they may have been non-conformists, perhaps living in Frieston). 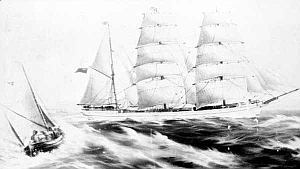 1880 the family emigrated to New Zealand, accompanied by John's younger sister Mary Alice. They sailed from London on the sailing ship Dunbritton on 12 Mar 1880 (amongst a total of 56 passengers) and arrived at Port Chalmers, Otago on 13 Jun.  They shared a (2nd class) cabin.  On the final day of the journey, whilst the ship was off Otago Heads, another son was born.  He was  named Robert Chalmers Robinson, after the nearest port.  He was christened in Port Chalmers on 9 Jul 1880 and was thereafter known by his middle name. The iron hulled barque Dunbritton had been be built in 1875 and  was based in Glasgow.  She sank of May Island in the Firth of Forth in 1906.  John Charles died in Dunedin in 1916.

William Robinson (b.1846) lived with his father at Brandon Old Hall.  After the latter's death in 1886 he seems to have taken over the farm.  The last record of him in Brandon is in an 1896 trade directory but by 1901 (age 54 and after his sister Elizabeth's death) he was lodging with John & Eliza Barker in Manthorpe. He died in 1911.

Frank Robinson (b.1849) was living in Brandon with his father in 1871, but he died in Edinburgh in Feb 1873.  He may have been visiting his brother George, or perhaps he too was a student at the University.  His body was brought back for burial at Hough.

Jane Margaret Robinson (b. 1851) married Samuel Partridge in 1881.  He was the son of William Partridge and Hannah Carr (we haven't yet established a  link between Hannah Carr and Jane's mother Ann Carr, but they may have been sisters).

Frank William Partridge (b. 1884) married Frances G H Burton in Newark in 1910.  She'd been born in Allington about 1885, the daughter of Philip and Frances Burton.  They may have lived at 15 Stanley St in Newark, though there was a Partridge in Hough parish in 1913.  Frank served in the First World War, in the Lincolnshire Yeomanry (regimental number 16106), the Machine Gun Corps (56066) then the Corps of Hussars (79168). He was awarded the Victory and British War medals, but we haven't been able to find his service record.

Samuel Partridge was born about 1847 in Aston, Warwickshire, England.  His father family were doctors but he became a sea captain.  In 1881 Jane was  boarding with the Partridge family in Meriden Cottage, Meriden, Warwickshire.  Samuel and Jane had a son:

In 1891 Frank was living with his uncle and aunt, William & Elizabeth Robinson, at the Old Hall, Brandon, whilst Samuel (master mariner) and Jane were boarding in Newcastle.  Samuel died about 1897.  In 1901 Jane was living in Caythorpe.

George Carr Robinson, (b. 1853) studied chemistry at Edinburgh University.  In 1875 he was awarded the Hope Prize scholarship and in 1877 he was appointed fellow of the Royal Scottish Society.  In 1878 he was working in the University's chemistry department (a condition of the scholarship).  He married a Scotswoman, Janet (Jessie) and they moved to Hull, where he became a professional chemist and a daughter Daisy was born in 1882.  On the 1891 census the family were staying with his brother William at Brandon Old Hall; it's not clear if they were living in Brandon, or just visiting.  In 1901 they were living at 413 Anlaby Road, Hull and he was listed as a manufacturing chemist.   However, the following year he was declared bankrupt.  At the time they were living at 295 Spring Bank West and he was described as a chemist and analyst , and a  chemical works manager.  He died in Hull in 1906, but the probate wasn't proved until 1912.

Philip Edwin Robinson  (b. 1860 in Brandon) moved with his parents to Newark, where by 1881 he was an assistant checker on the Great North Railway. He died in Nottinghamshire in 1884. 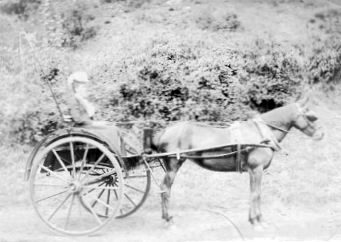 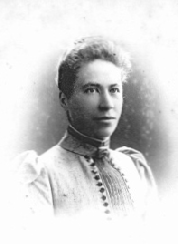 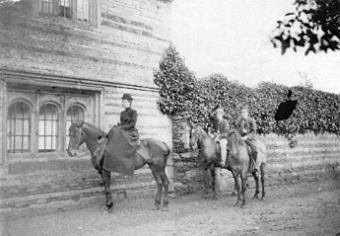