The current building dates from the 16th century, rebuilt in 1637.

The first occupant we can confirm is 1850 when William Robinson (born Brandon 1815) had the tenancy of the house and the 600 acre farm. However, his father (William, born 1772), grandfather (Francis, born 1732) and great-grandfather (William) had lived in the village, so they too may have been here.

Note: These are the tenants who leased the Old Hall and associated farmland from the actual owners. 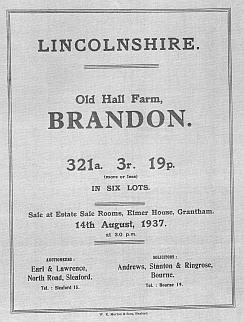