Built by the Belton Estate in 1844

One of these 2 labourer’s houses was occupied by Thomas & Mary Patchett until their deaths in 1861 and 1856.  By then most of their 6 children had moved away but William Patchett and his wife Ann continued to live in Brandon, possibly in this house until they died in 1866 and 1867 respectively.

In 1851-61 the other cottage was occupied by John Sanders’ family.

In the 1950s ‘Twisted Chimneys’ was occupied by the King family, and later by the McNultys

Built by the Belton estate, possibly as a school.

Occupied by Blundy family from 1950s 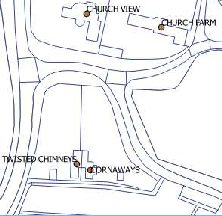 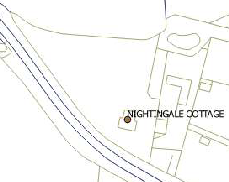