Development of the Plan

The draft Hough on the Hill Neighbourhood Plan was created by the Neighbourhood Planning Project Team established by the Parish Council and consisting of councilors and other residents from around the parish.  Team members are all volunteers and it is expected that all costs involved will be covered by a Government grant.

Since work began in May 2013 there have been several rounds of formal consultation with the local community and other stakeholders.

The main theme from the initial questionnaire was appreciation of the beauty and tranquility of our landscape.  A Landscape Character Assessment was commissioned to describe the landscape and document your thoughts and ideas.  Consultation for this assessment included a workshop at Hough Church in Sep 2013. The Assessment has been adopted by the Parish Council and forms Appendix 1 to the Plan.

As issues and areas of concern began to emerge the Team distributed a more detailed questionnaire and ran a workshop in Jan 2014.

The result of activities was the consultation draft, published in May 2014.  A leaflet was sent to all households inviting comments on the plan, which was published on this website, with hard copies available in all 3 villages.  The team attended the Hough Village Fete and wrote to a number of statutory consultees.

This consultation phase finished in July 2014 and comments received were incorporated in the final draft, which was approved by the Parish Council in September.

Hough on the Hill

with Gelston and Brandon 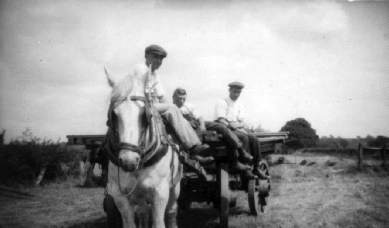