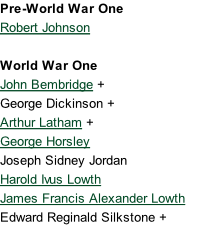 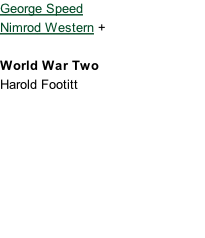 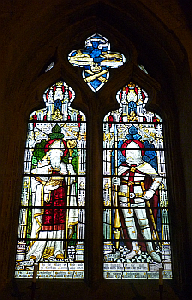 At the outbreak of war in 1914 the British Army numbered approx. 700,000 men, but only about a third of these were regulars, half of whom were based overseas.

Another 5,000,000 men were recruited during the war, about half of them conscripted.

Men aged 18-41 were liable to be called up, but many men (or their employers) appealed to the local military service tribunal.   For agricultural workers in this area it was the Grantham Rural Tribunal, which met in the Guildhall and comprised about 6 prominent local farmers plus an Army officer.  Many key farm workers were given some kind of exemption, either temporary or conditional on a replacement being found.

Several local men were already serving with the Grantham Squadron of the Lincolnshire Yeomanry (the cavalry arm of the Territorial Army).  Many of those recruited during the war joined the (expanded) Yeomanry or the Lincolnshire Regiment.  Several joined the Machine Gun Corps, which was formed in 1915 and based at Belton Park.  Others joined specialist units related to their peacetime jobs; for example, railwaymen from local ironstone quarries joined Royal Engineer railway units and farm waggoners could find themselves hauling ammunition for the Royal Artillery.

There are 13 names on the Hough War Memorial but not all those named were technically residents of the parish.  Men were quite often recorded on 2 (or even 3) memorials if they or their family had moved between villages.  On the other hand, many soldiers who were born in the parish but had moved away are not listed.   We haven’t completed the research, but we estimate that the number of Hough, Gelston and Brandon residents killed was about 10.

Nationally, almost ¼ of the British male population served in the forces during WW1 and 705,000 British servicemen died (mostly in the Army).   Roughly 12% of soldiers died during the war, with about twice as many wounded.  About 10% of the deaths on active service were not due to enemy action.

The population of Hough parish in the 1911 census was 503, of whom 262 were male. Of these, 77 were aged 15-34 in 1911 and hence would have been eligible to serve at some point in WW1. If 50 men from the parish had joined up and 10 died, that represents a death rate of 20%, which is higher than the national average but (given the uncertain numbers) not unusually so; especially since the infantry and (even more so) the Machine Gun Corps had the highest proportion of casualties.

So far we’ve only listed 30 men with local connections who we know to have served in WW1 (including several who were not residents), so there’s still lots of research to do.

Hough on the Hill Parish

The men marked + appear on the War Memorial. 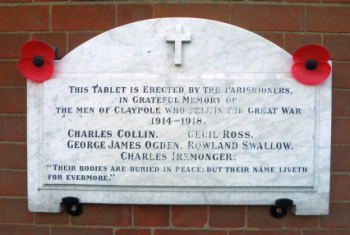 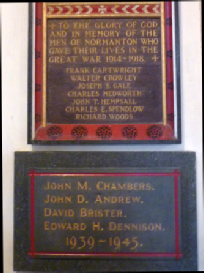 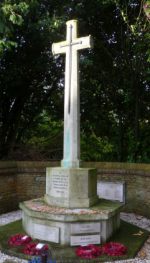 The following men who served in H.M. Forces had connections with the following parishes. Where the entries are underlined, follow  the links to see their service details on the respective family history pages.  We’ve missed out some details to make the stories more readable.  Please contact us if you have a particular interest in someone. 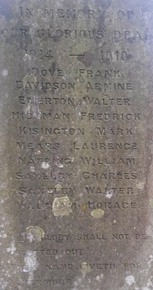 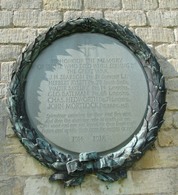 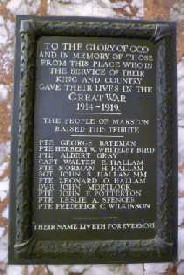 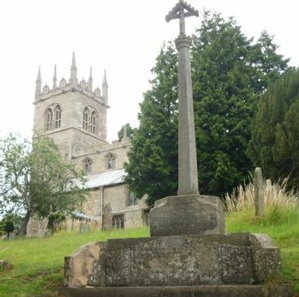 Hough on the Hill

The parish of Westborough and Dry Doddington does not have a war memorial.  These are of casualties of the Great War (1914-1918) with connections to Westborough:

These are of casualties of the Great War (1914-1918) with connections to Dry Doddington: 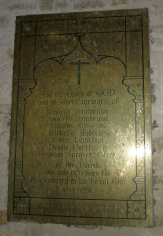 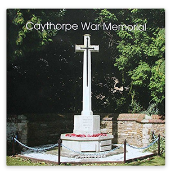