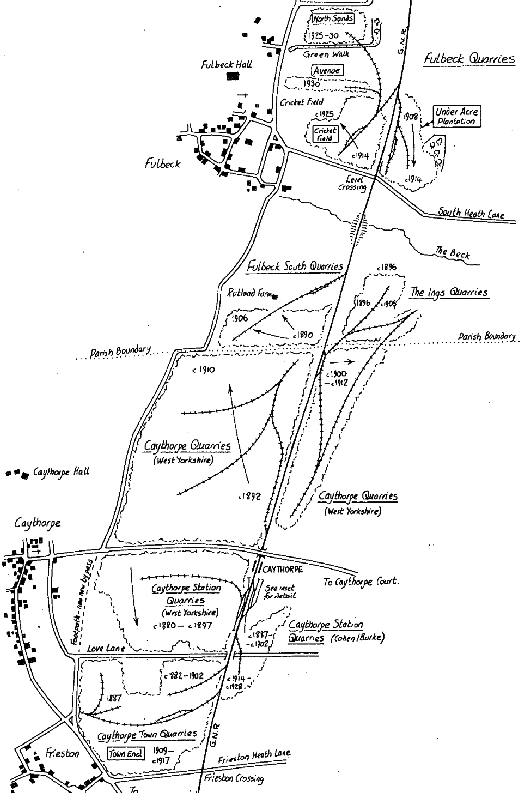 Ironstone Quarrying around Hough on the Hill

Large parts of the local area were quarried for ironstone in the late 19th and early 20th centuries.  Many of the men from Hough and Gelston were employed as ironstone ‘miners’.

The crops of red marlstone containing 20-30% iron ore were typically shallow and the topsoil and subsoil were replaced once the ore was removed, so the excavated areas are now only noticeable at the edges.

There were quarries all along the Lincoln Edge, from Harmston down to Honington.  The first in the Caythorpe/Hough area were opened in the 1870s on land owned by George_Hussey_Packe of Caythorpe Hall.  Packe was the chairman of the Great Northern Railway (GNR) which had opened the branch line from Honington to Lincoln in 1867 (closed in 1964).  The railway was vital for taking the heavy stone to the iron smelting works.  Railway sidings were run from the Lincoln line all the way to the quarry faces.

In 1873 the Grantham Journal reported that there was a large quantity of ironstone in Lincolnshire.

Walter Burke then opened quarries to just south of Frieston, initially close to the GNR line but then extending westwards, almost to Hough on the Hill on both sides of the Hough-Frieston road.  The workings to the north of the road were reached by passing under a bridge (which is still there).  Whilst most quarries used GNR locomotives to move wagons around, Burkes operated their own locomotive ‘Munition’ bought new in 1918 (and a 2nd loco 1924-32).

In 1936 Burke’s introduced mechanical excavators, though perhaps not on the scale of the machine shown in this 1943 film extract from a North Lincolnshire ironstone quarry.

By the time the Frieston/Hough quarries were exhausted in 1946, up to 160 acres may have been quarried.

In July 1903, following the death of Richard Attenborough, the lease was taken over by the West Yorkshire Iron & Coal Company (who operated the Caythorpe quarries) but following a brief period of increased production, the field was closed in 1904.

The quarry reopened by Burke’s in 1940 because of the wartime demand for local iron ore.  A siding was laid across the fields from the Frieston quarry.  The Carlton Scroop field was also closed in 1946.

Ironstone Quarrying around Hough on the Hill - Page 2

Ironstone Quarrying around Hough on the Hill - Page 2 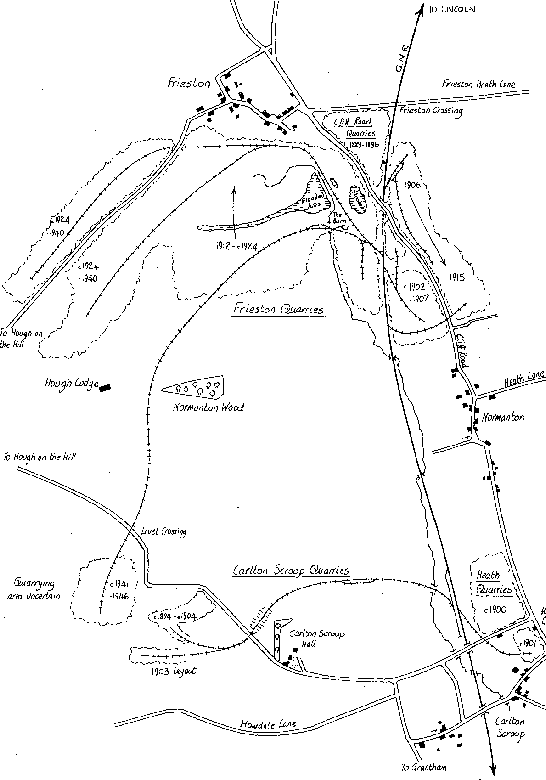 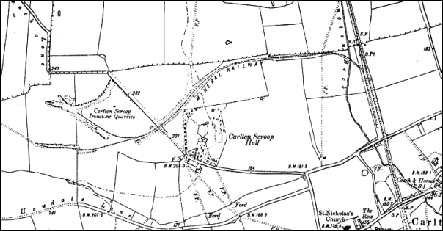 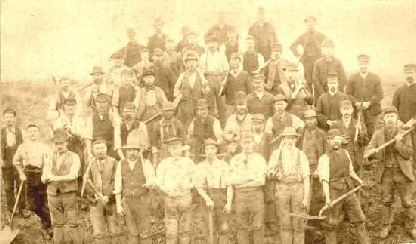