Pilot Officer Sigfred Johannes Christophersen learn to fly with the Danish Army before the war.  In December 1940 he escaped from occupied Denmark to London, via Istanbul, Cyprus and Cape Town.

He volunteered for the RAF but was recruited by the Special Intelligence Service, trained as a radar operator and parachuted back into Denmark

By Feb 1942 he was so compromised that he was ordered to leave the country.  After being picked off the ice by Swedish fisherman he was arrested in Sweden.  In Jun 1942 he was sent back to England and locked up for a while in Brixton Prison.

On his release he joined the RAF and was sent for pilot (re)training in Canada.  On his return to England he married Mary A B Wood in St Albans.

On the night of 9/10 Aug 1943 he was flying a Blenheim Mk1 (K7050) from No 12 Pilot Advanced Flying Unit at RAF Grantham, but the aircraft crashed in a field just east of Allington.  It exploded and burnt, killing all 3 men.

It is thought that he lost site of the flarepath at Grantham and was perhaps confused by the Q (decoy) flarepaths set up to confuse German raiders, although there doesn’t seem to have been one in the immediate area.

Christophersen was buried at Grantham Cemetery. His widow remarried in 1962. 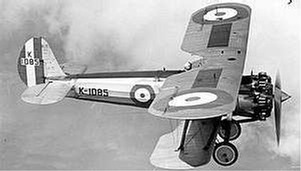 On 12 April 1935 Flight Cadet Dowland was flying a Bulldog from Cranwell when it went into a spin at 2000ft.  He parachuted out and landed in a field near Ancaster.  His aircraft crashed about 400 yds away, between 2 chicken houses and burst into flames.  An 11 year old girl playing nearby ran across to see if the pilot was OK.  Neither the pilot nor the hens were hurt. 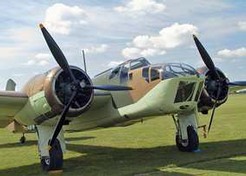 Blenheim IV ‘WV-M’ (T2038) of 18 Sqn departed RAF Boscombe Down, Wiltshire just before midnight on 22 Mar 1941.  The crew were New Zealanders and their target was Lorient in occupied France.  On their return they crashed at Barkston, North of Grantham and all 3 of the crew were killed.