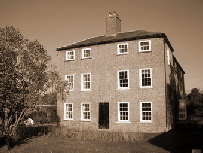 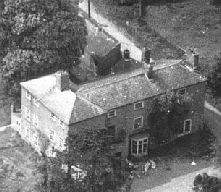 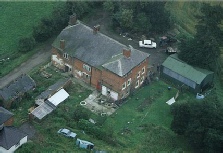 The current building appears to date from the mid/late 18th century.  We suspect, but can’t prove, that one of the first occupants was William Ashton.

We think that by 1841 John Stokes (farm bailiff) and his wife Elizabeth may have been living in the Hall, whilst William Robinson was farming the associated farmland.  The Stokes were in Brandon until around 1845.  The whole property was put up for auction in 1844.

By 1850 Brandon Hall was occupied by William Hawling Preston, who also had a hall at Barkston. Both properties were put up for sale in 1851 but Preston remained in Brandon until 1865 when he sold the contents of the Hall (see newspaper notice below) and moved to Bedford.  He was replaced by Edward Minnett (a relation).

From 1900 until at least the late 1930s it was occupied by Arthur John Hickson & William Hickson.

During or after WWII the building was divided into 3 households plus, for a while, German POWs in the attics and another family living in the ‘potting shed’.  Occupants included the King,  Bagworth and Squires families . It has now been restored back to a single house. 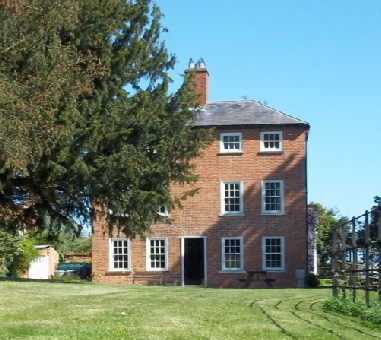 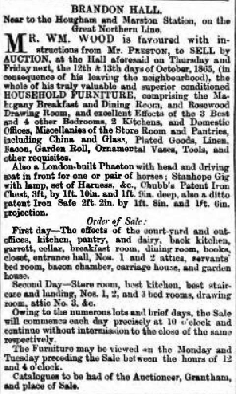