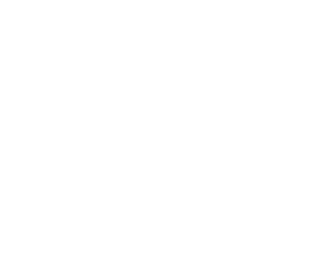 The Vere family seem to have acquired land around Brandon from several sources around 1800.By 1850 James Vere's estate in Brandon included the Old Hall, the shepherd's cottage (Toad/Berry Cottage) and Falcon Yard (the pasture around Old Hall Cottages).  Also several fields to the north west and south west of Brandon and the fields to the east of the Brant.

We're not clear yet how these came into the Garnar/Eggington/Vere family.  Land may have been exchanged with William Robinson, but that's not certain as the Robinson family seemed to have farmed the land but not necessarily owned it.  The previous ownership of some of the land was as follows:

a) Land bought from Ann Turner

She owned Moore Close (4 acres) in Brandon & tithes from Hough rectory but made indenture in  favour of William Taylor of London.

½ of their rent from lands in Brandon owed to John Turner & Wm Turner (Taylor?).

1781 John Turner made a will leaving 3 closes in Brandon to his nephew John Chrichloe Turner.

1766  John Coddington of Grantham, glover, willed his estate to his wife Ann, including a Close in Gelston known as  Gavelstone, occupied by  William Robinson.

1785  Lease from Ann Coddington & John Coddington to Francis Robinson of Brandon, grazier, Close as above, occupied by Robinson..

1773  Will of Thomas Hall. (1775 Probate). Some of estate to eldest son Thomas, held in trust by his brother Rev. Robert Hall of Hawton until Thomas aged 24.
£2000 to trustees for youngest son William.
£4000 to daughter Elizabeth; she releasing all right to estate at Claythorpe to trustees for William.

To trustees for William, land including Pasture Holmes, Hough.

1774  Codicil: close at Hough on the Hill (4a. 3r. 16p.) not to go to William, but appropriated to Westborough  Vicarage, on condition of receiving  Queen Anne's Bounty augmentation.

1780  Agreement between William Hall of Derby, gentleman, Roger Vaughton of Hansworth (Staffs), Esq &  wife Elizabeth, Rev. Thomas Hall of  Westborough, clerk and Erasmus Darwin, jun, of The Close, Litchfield (Staffs), gentlman.  Covenant to levy a fine on premises at Hough for  use of William Hall.

1794  Abstract of Wm. Hall's title to estate in the parish of Hough

1768   Will of Thomas Sturtevant of Norwell, gentleman
All real estate in Gelston & Hough on the Hill to nephews John & Edmund Hawkins, they paying £200 each to nieces Jane (wife of Francis  Raymond) and Mary Irevy, widow & Anne (wife of Thomas  Brown).

1791  Will of Edmund Hawkins of Wandon, Kings Walden (Herts), farmer

All real estate at Gelston & Hough on the Hill to wife Mary for life, then to nephew William Raymond of  Potters Heath (Herts), farmer; charged  with payment of £4 p.a. to E.H's sister Ann Brown of Whitwell (Herts).

1795   Nicholas Pilkinton lease to William Robinson of Brandon, grazier.
Little Gate close (3a), Five Acre close (5a), Pudding Pork close (8a), Four Acre close (4a) in occ. of Wm. Mackinder, all in Gelston.

1795  Covenant.  Elizabeth Lunn of Hough, widow, to produce to William Robinson title deeds to above premises.

The story continues in the 19th Century here.