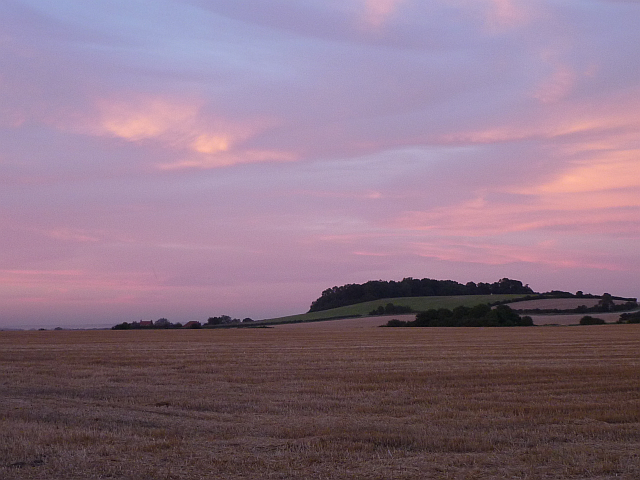 Wapentake.  Loveden Hill is at the centre of Loveden Wapentake (the Danelaw equivalent to the "Hundred" in Anglo-Saxon England). The court is likely to have met monthly at Loveden Hill.  The word Wapentake means "show your weapon". The idea was that all in favour of a resolution would raise their sword etc. to show agreement.

Roman Remains.  Part of a  column from a Romano-British building was found in the Anglo Saxon cemetery.  A larger roman site has been identified nearby at Hough on the Hill. 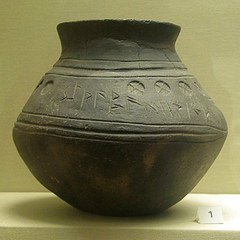 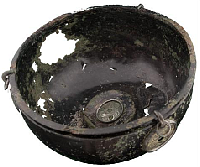 Anglo Saxon Cemetery.  Loveden Hill is the site of an extensive Anglo-Saxon cemetery, featuring both inhumations and cremations. It is one of the largest such sites in England, suggesting that the site was important to the Anglo Saxons. It has been suggested that the ancient British (pre roman) kingdom of Lindsey lost the land south of Lincoln to Kesteven when it was seized by a group of Angles based around Loveden Hill.

Initial excavations in the 1920s in and around a barrow found 45 urns, part of a major cremation cemetery.

Excavations between 1955 and 1963 another 500 urned cremations, 2 cremations in cists, and groups of inhumations, possibly originally interred in or beneath barrows.

likely that the Angles formed the early leaders of the settlement. Decoration on the hanging bowls, etc, and the pottery indicates that the cemetery was in use from the middle of the 5th century at the very latest, till the late 7th century. One pot and a fragment of a

second suggest that runic writing was known. One urn has a long runic inscription which has not yet been interpreted.

Oher finds are in the British Museum, as well as museums at Grantham, Newark, Nottingham and Scunthorpe.

Images of Loveden Hill. Although no higher than the escarpment it adjoins, Loveden Hill is quite prominent from the escarpment and it’s easy to see why the Anglo Saxons considered this a significant spot.  The floor of the Trent Valley affords unspoilt views in all directions, with the eye being drawn to the only significant features that break the skyline - the church spires, Belvoir Castle, Lincoln Cathedral and the wood-capped presence of Loveden Hill. 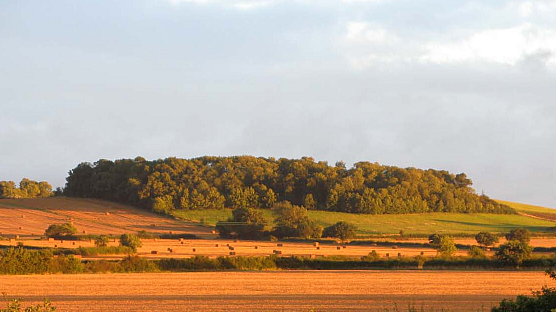 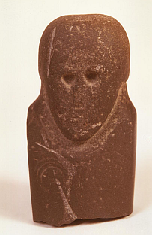