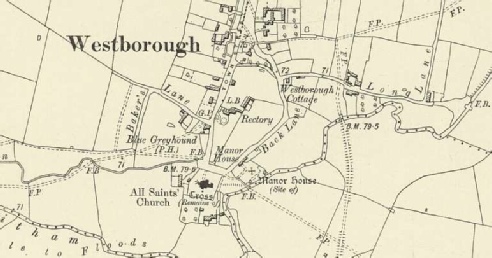 The parish of Westborough and Dry Doddington does not have a war memorial.  These are of casualties of the Great War (1914-1918) with connections to Westborough: 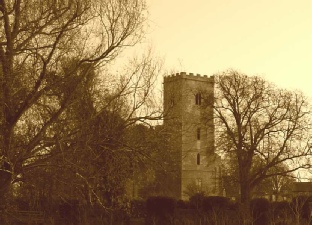 In the winter of 1944/1945 1668 Heavy Conversion Unit was based at RAF Bottesford, training bomber crews on the Lancaster MkIII. Snow, ice and fog meant that training was well behind schedule.  On the afternoon of Monday 15th Jan 1945 the weather cleared sufficiently to allow flying.  At 6.20pm Lancaster LM619 a mixed British and Australian crew took off on a night bombing practise.  On their return they made an approach to Bottesford at 8.30pm but overshot (i.e. applied power before landing to try another approach), perhaps due to the poor weather. They then apparently lost control and crashed at Westborough.  Only the rear gunner survived the crash and ensuing fire.