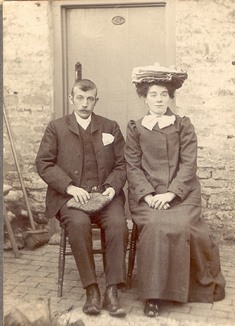 All 6 of their sons served in the forces during World War 2.  George was in the RAF, Tom in the Navy, whilst Archie, Frank, Fred and Bill were all in the Army.

Archie and Frank died in the war and are listed on Londonthorpe and Hough on the Hill memorials.  On the latter the name is mis-spelt Bamford, perhaps because there was also an (unrelated) Bamford family in Hough.

He’d joined the Army in around 1932 and had been in India since about 1934.  Before joining up he’d worked for Harold Lord in Hough on the Hill. 1st Lincs were based in India at the start of the war.  In March 1942 the battalion joined the 26th Indian Division.  In the same month Archie was reported missing in Malaya.  Two months later his parents heard that he’d been captured by the Japanese.   In July 1945 they learnt that he’d died of beri beri on 27th Dec 1944 whilst a POW. 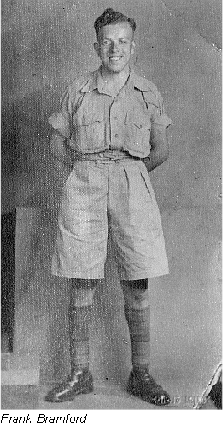 At the time 2 RHA were part of the Eighth Army’s 7th Armoured Division (The Desert Rats).  Eighth Army's first action was Operation Crusader, launched 18 Nov 1941 to relieve the siege of Tobruk.  By 19th Nov his Brigade had overrun the airfield at Sidi Rezegh but suffered heavy losses when the Afrika Corps counter-attacked on 21/22 Nov.  It seems likely that Frank died during this battle.

He is buried at Knightsbridge War Cemetery, Acroma, Libya. 'Knightsbridge' was a British supply centre at a junction of tracks about 20 km west of Tobruk and 16 km south of Acroma, commanding all the tracks by which supplies came up to the front. The graves of many of those who died during the Libya campaign were later gathered into Knightsbridge War Cemetery from the battlefield burial grounds and from scattered desert sites.